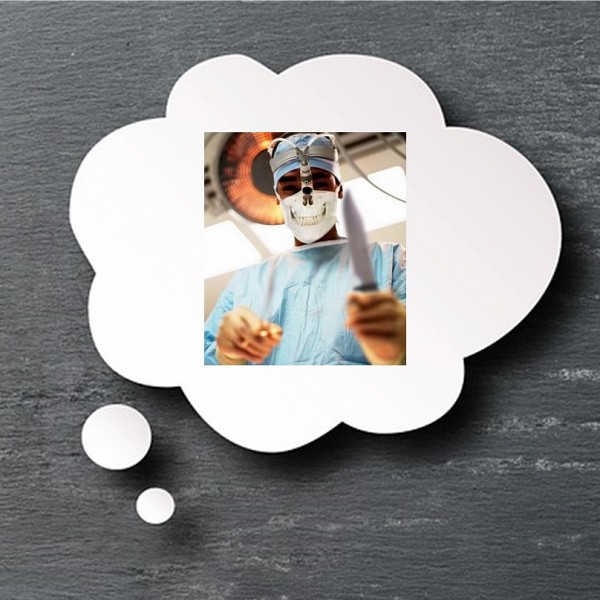 Ridiculous Notion May Have Merit

The idea to subject young males on planet earth to vasectomies until they can prove their emotional and financial worth has popped up a lot in my life over the years – and not just on social media.

I’ve long had deep discussions with family and friends about the benefits of some form of permanent birth control that could be removed once a person was mature and stable enough to have children.

Last weekend I heard it mentioned humorously while watching an episode of Working Moms on Netflix with my favourite lady (no, really, she was watching too).

Then a meme popped up this week meant to support a women’s right to choose what happens to her body and I got to thinking: maybe the idea of legislating young men to have vasectomies until they can prove themselves worthy of being a father isn’t so far fetched?

And the has been around for a long, long time (albeit with primarily flippant or sarcastic undertones).

Hear me out – or technically read my words – a bit. There are some sound societal reasons to consider this as long as it is done in every country around the globe.

It’s a lot easier than anything a woman would have to go through, and it is reversible. I had a vasectomy years ago after baby number-two and it wasn’t that bad. Mind you, they put me to sleep, so I didn’t have to suffer the horrors of being awake during the procedure.

If we were to legislate vasectomies, they would all have to be done with the patient under anesthesia. I was knocked out for the procedure and within two days I was walking around downtown Huntsville and meeting my friends at That Little Place By the Lights to watch World Cup matches. I was back playing on my team within a week.

Now, that I’ve shared too much, here are the reasons why I believe it’s a worthy consideration.

The world is nearing 8 billion people – almost half of which are in China and India – and that is probably triple the number of human beings this planet should be supporting. While no one is certain of how many people is too many people, I would rather not find out in my lifetime.

Anyone paying attention over the past two decades understands that at least two billion people on the planet are either starving or suffering significant nutritional deficiencies. Whether this is due to mass consumption in wealthier nations or lack of quality sustenance in less wealthy parts of the world is up for debate.

Realistically, it’s probably a bit of both. Decreasing the population slowly over time would help correct these issues. And it would avoid other more drastic depopulation measures which would be less palatable to the majority of humans.

Having vasectomies done would avoid number of children per household legislations like the one in China a few years back which had horrific consequences for girl babies. Similar things could happen in other patriarchal societies with limits on number of children being implemented.

Sticking with the over-population theme: in many cities, even many nations, space is at a premium with people crawling over each other like insects. The constant overcrowding in urban centres leads to unnecessary aggravations, transgressions and disdain for each other.

Again, less people on the planet being spread out evenly would alleviate some of these mental and emotional stresses.

In a couple of generations, populations would be a more sustainable and stable level.

This would lead to decreased consumption, decreased pollution, and Mother Earth’s health – both the flora and the fauna – improving drastically.

However, it goes beyond just population control.

Any sane person would agree we’ve gone past the point of calling parenting a right. There are plenty of people having children well before they’re ready for the responsibility; and there are many who just will never be ready.

There would be far less “accidents” and far more planned families with both parents knowing this was the right decision for them. When you’re happy and wanting to have a child together, that joy can carry you through the ups and downs of being a parent – of which there are many.

Fatherless and motherless homes are everywhere; far too many children are being neglected and ignored, leading to increased suicide numbers, drug abuse, and other abuses taking place.

We should look at becoming a parent like getting a driver’s licence, boating licence, gun licence, or other licence: you should prove you’re mentally and emotionally ready to take on the responsibility.

What would the testing be? Well, that would be up to society to determine. I may be intelligent enough to come up with ideas and reasons for those ideas, but I wouldn’t be so arrogant to think I have all the answers.

The best part of the idea of vasectomies for males being done until they prove they’re worthy of being parents is it puts the shoe on the other foot.

For years around the globe women have borne the responsibility of bearing children. They’ve been the one’s who “got knocked up” and made the decision on whether or not to have abortions. As well, far too many women have been left to be single mom’s when the dad couldn’t hack it and left.

So, while the idea of males getting a vasectomy until they are ready to be a father seems to be a far fetched idea worthy only of making political points or in humour; perhaps we should examine the notion with a little more thought to the benefits it could have.

Or maybe we’ll just keep going on the trajectory we’re headed and hope for the best.