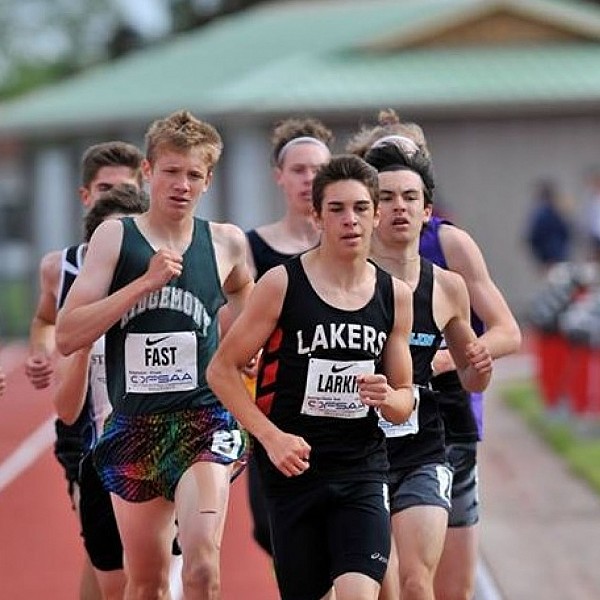 A pair of cross country running siblings from Rosseau are making a big name for themselves on the national and international stage.

Over the past two years Gracelyn and Matthew Larkin have been raking up accolades as part of the Bracebridge and Muskoka Lakes Secondary School track team, where they’ve shattered records and both competed at OFSAA.

Now Gracelyn, who graduated this year from Bracebridge and Muskoka Lakes Secondary School (BMLSS), is off to the University of New Mexico on a full, Division I cross-country running scholarship. She will be a member of their track team - a program that won the NCAA championship in 2015 and 2017.

This past season, Gracelyn finished sixth at OFSAA in cross country, and sixth and 11th in the 1,500m and 800m, respectively, at OFSAA track and field.

Matthew, who is entering his final year at BMLSS was recently named to the Canadian National U-18 Track and Field team.  In his first meet competing for Canada, Matt traveled to Queretaro, Mexico, where he finished fourth in the 800m and first in the 1500m.

Xplornet supporting a much needed service for our community

Huntsville Drive-in Concerts, Movie on the Docks and More

The summer is saved! With a brand-new summer line-up from the HFA

Programs Monday to Friday for kids aged 6-12 to get your kids outside this...

SaveStation Installed Just Outside of the Algonquin Theatre

Automated external defibrillators that are designed for public use

A man riding a motorcycle without a helmet left the roadway and landed in t...

Editorial; White Privilege is Alive & Well on Muskoka's vanilla council and featured in the media