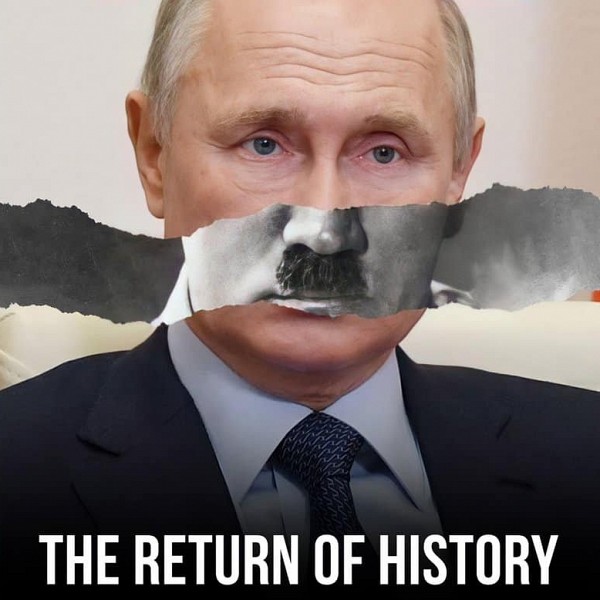 Today, I read a post attributed to Hunters Bay Radio about the threat of Russian aggression in Ukraine (and ultimately around the world). This prompted numerous responses, and of course everybody has a strong opinion about what is the right and the wrong thing to do. Somehow, the thread turned into a debate about whether we in the West understand the concept of freedom. I try not to judge the actions of those Canadian protesters who feel their freedoms are being threatened. The great and wonderful thing about living in a democratic society is that we in North America can protest with relative impunity. By the way, that freedom came at an incredible cost. I don’t think I need to point out the irony of comparing the indignation of a group of free Canadian citizens, protesting in Ottawa, to the bravery of President Volodymyr Zelensky, the Ukrainians risking their lives to defend their borders, or the protests of brave Muscovites decrying a totalitarian regime that not only routinely crushes its dissenters, but disseminates pure fiction, and invades peaceful, neighbouring countries with deadly force. Those brave protesters in Moscow are being arrested, and some of them will very possibly die for their beliefs. I ask, would I be willing to die for my beliefs?

I am in shock, and did not foresee the very real potential for WWIII. The media and “the experts” present Putin as an unhinged madman, bent on the unrealistic goal of rebuilding the U.S.S.R. Most of us have likely seen the Ukrainian war unfold on T.V. My opinion is that Putin made a calculated move to attack Ukraine, when he deemed the world to be vulnerable, divided, and unlikely to retaliate. Did he miscalculate? Maybe, probably, but I have no idea how this will end. Regardless of all the expert opinions flying around, I doubt anyone else does either.

As a result of my newfound interest in man’s propensity for aggression, one thing I’ve learned, a little late in my 66 years on this planet, is that I don’t know much about the balance of power in the world. I know that it is complicated. Media reports do nothing but confuse me further. I have seen the live and the carefully edited video on T.V., I have gleaned diametrically opposed news sources to gain perspective, and I have no idea how this latest abominable act of aggression will play out. I do know that millions have been slaughtered in countries like Germany, Austria, Poland, Rwanda, Cambodia, and Yugoslavia (to name but a few), and that the world seems to have an amazing capacity to forget the atrocities of the past. "Yad Vashem", the memorial to victims of the Nazi Holocaust means literally “a memorial and a name” (https://www.yadvashem.org/). How do we humanize the concept of genocide? We do it by focusing on individuals. When victims become fathers, brothers, sons, mothers, sisters, daughters, aunts, uncles, dear friends, etc.; then the cost of war is more relatable.

While I think the protests in Ottawa were wrong-minded, and excessively disruptive, I am thankful I live in a place where people can protest and express their beliefs without the very real possibility that they will be killed for doing so. I am so profoundly moved by the bravery and determination of the Ukrainian people, and many Russians as well, so war weary and desperate for rights that so many of us take for granted, that they are willing to die to fight for them. I am not that brave, but I do cherish my freedom, and I am profoundly grateful to those who protect that freedom. I pray for a miracle; I want the world to come together, finally, over this latest deplorable exhibit of man’s propensity for evil. I pray that we human beings figure out a way to live in peace, and to love and respect each other, before it is too late.