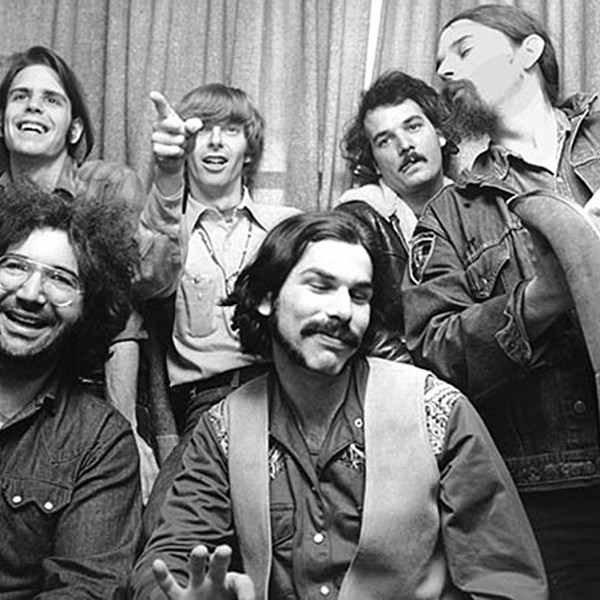 Posted: 2021-07-26 15:39:16 By: thebay
As I started to write this week's report, I was listening to "Mama Tried" covered by the Grateful Dead, on my last Thursday night's LYRICAL WORKERS show. I chose that song because it is a mnemonic trigger for me and summons up memories of a certain point in my adolescence. I've always associated the song with The Grateful Dead, because theirs is the first version I ever heard. In fact, as songwriting aficionados know, it was written by Merle Haggard and released around 1968, inspired by his 1957 incarceration for a robbery conviction. I've always associated the songs that stick in my mind with the artists who made them famous, but as I have learned, more often than not, those artists did not write the songs. I always thought the Rolling Stones wrote "Love In Vain", until I learned, relatively recently, it was written by the legendary Robert Johnson. In fact, I can think of a dozen old hits covered by English Rock bands that I'd always assumed were written by those bands. The trick is to pick good songs to cover.
Nowadays, I rarely listen to The Grateful Dead's music. Over the years, my musical tastes have become a little more wide-ranging. Some of my "Deadhead" friends were fanatics and accumulated large libraries of bootlegged Dead recordings. I really don't care what drug Jerry Garcia was taking when he played that memorable version of "Sugar Magnolia" at the Hartford Civic Center in 1972, but some of my old friends could tell you. Having accumulated them all, they could also explain the subtle differences in the 37 different live recordings of that song. While I still enjoy The Dead, mostly because they bring back fond memories of my ill-spent youth, the band was heavily overplayed within my circle of friends. In fact, at the age of 13, that band's was the first live concert I ever attended. They performed at Kleinhans Music Hall in Buffalo, a beautiful venue and home of The Buffalo Philharmonic Orchestra. The concert was on a school night, and my friends and I had begged our parents to permit us to go. Reluctantly, they did, and I will always remember that experience. I'd never before seen so many "long-haired, hippy freaks" assembled in one place, and it was also the first time I'd ever smelled marijuana smoke. As you might imagine, there was quite a lot of that going around, and for 3 clean-cut school kids, it was quite a show. The music was unlike anything I'd ever heard before, and as they were famous for doing, The Dead played a very long, jam-filled concert. As agreed, somewhere around 10:30pm, just as the concert was shifting into overdrive, our chaperone, Mrs. Shapiro, came down the aisle and through the haze and, much to our collective humiliation, summoned us to leave. I will never forget that night; it was a coming of age moment.
Ever since that first concert, I have loved the live concert experience. As I grew older, I became less and less enamored of large arena concerts, partly because my hearing is now badly compromised, and partly because in my old age, I have become more claustrophobic. There is something about seeing and hearing a good band perform one of their big hits live that brings an indescribable sense of community to a venue. I think what I enjoy most about live music is that I am able to share a musical experience with all kinds of different people, positively relating to the same musical message. I once attended a Pearl Jam concert in the Buffalo Aud, and I distinctly remember the rush of hearing 14,000+ people singing the lyrics to one of their hit songs. I can't imagine what it must be like for a songwriter to hear his or her song so widely and audibly enjoyed by a large crowd.
On the other end of the spectrum, last night at the Katrine park on Little Doe Lake, I performed a set of my original songs accompanied by my talented friend Sean Cotton. He was kind enough to include me in his 3-hour concert. It felt so good to play a live performance again. It's been over 2 years since I've performed in public, and while I don't do it that often, it felt great to connect with a live audience, especially with some of my friends in attendance. I'm much more comfortable writing a song for others to cover, but sometimes, it's good to step into my discomfort zone.
While I doubt The Rolling Stones will ever cover one of my songs, thanks to Hunters Bay Radio, The Bay 88.7FM, some locals know of my music and even request it via our studio's text line. I've had the great good fortune to have my music produced and performed by talented local musicians. My friend Paul Noonan recently did such a great job with my song "Halfway" that it reached #1 on the Hunters Bay Radio Top 20 Countdown Chart last Friday. Maybe someday, "Halfway" will be someone's "Mama Tried". I can dream.
Written by Jamie Oppenheimer ©2021 ALL RIGHTS RESERVED
JamieOppenheimer@MuskokaRadio.com
JamieOppenheimerSongwriter@gmail.com
HuntersBayRadio.com/listen
PLACE YOUR AD HERE!