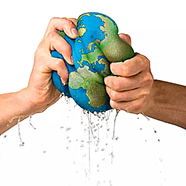 Last week, we lost the water supply to our house, again. The last time it happened, there was an electrical outage, and apparently, a huge power surge fried the computer circuit on our generator as well as the controller on our solar panels. We have surge protection in our house, but apparently, not outside. The timing was not good because we were still in COVID-19 lockdown, and it was difficult to get the parts we needed to repair the damaged equipment. We were without heat, light, and water for a week, but thankfully, the timing was propitious as that winter, we were blessed with a relatively mild weather cycle. Our problems were nothing compared to some of the weather-related disasters that have occurred across North America, but it was a wake-up call for us. Power and water are luxuries I used to take for granted. I learned my lesson when it became necessary to carry pails of water from a long distance, up 2 flights of stairs, in order to flush a toilet.

Last week, our water pump stopped working again. Thankfully, this time it happened in warmer weather. To carry us through, a friend helped us out by hooking up a temporary pump, until we could replace the old pump. That failed pump is buried deep in the lake muck. We’ll get that replaced as soon as we can, but it may take a while. These days, it’s hard to get things fixed and/or replaced in a timely fashion, but that shall be the subject for a future report.

When I lived in the city, I never gave my water supply a second thought. My first and only thought was to pay my quarterly water bill, and that was that. Now, we draw our water from the lake, I replace filters regularly, once per month, I add salt to the filtration system, annually maintain our UV disinfection system, and the heat lines, etc. Someday, we may elect to install a drilled well for our water supply, as there is the added concern that toxic algae may be a future threat. My understanding is that lake water contaminated by the poisonous blue-green algae cannot be made safe to drink, and with climate change, that may become a bigger threat than it once was. As it is, more and more people are building new homes on our lake, there are more boats, jet skis, and therefore more water pollution.

Lately, we've all been bombarded with news of all the damage we’re causing to our planet. It appears that many of us have been taking our water supply for granted. I think about that every time I flush a toilet or turn on the tap. Already, there are many places on earth that are uninhabitable due to a lack of fresh water. Do we North Americans worry about that? Lake Mead, the largest freshwater reservoir in the U.S., and the main water supply for Las Vegas, Nevada, is drying up. That should be a red flag. I heard that it is illegal to collect rainwater in parts of Arizona. As well, parts of Colorado and other western states are experiencing water shortages. Clearly, the planet is heating up, and that is likely to mean more droughts in arid regions.

That said, every day on the news, I watch another story about a catastrophic flood somewhere in the world. I have two questions. First, why don’t we build more reservoirs to collect flood waters? In places where there is typically too much water, such as in the Pacific Northwest, is there not a way to divert water to arid regions? We build huge pipelines to transport oil over vast expanses of land and sea, so why can’t we do that with water? The Romans did it. The second question I have is, if we are so technologically advanced, why have we not figured out how to desalinate water on a mass scale? I’m told that it requires a great deal of energy, but it seems like a good idea to me. With fears of rising sea levels, and so many areas where lack of freshwater makes vast regions uninhabitable, why can't we figure out how, on a mass scale, to convert seawater into potable water? I'm just wondering.

The other day, we watched a podcast conversation between our talented friends, Jamie Sherman and Angie Nussey. During the conversation, Jamie suggested that this latest pandemic was an opportunity for our world to reset and change our priorities. A cell phone which will open one’s garage door is very nice, but it may be unnecessary if we’re on the brink of extinction. I know I am guilty of oversimplification, but it seems to me that mankind is capable of remarkable things, especially when our collective existence is in imminent peril. I think we are rapidly approaching that point. Certainly, a plentiful supply of potable water would go a long way to improve the future of mankind. The positive ripple effects of a better water supply are limitless. All it would take is a large group of forward-thinking world leaders with a common vision for a better future. That’s not a problem, is it?