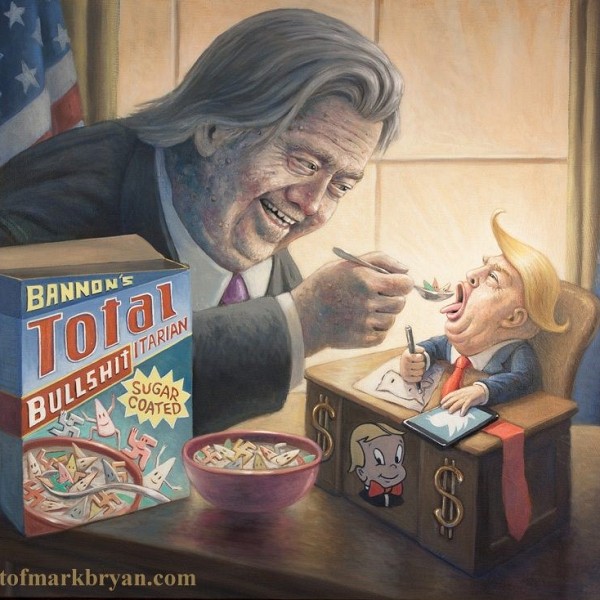 Last week, I was going to reprise an Oppenheimer Report that I wrote November 2, 1992, the day before the U.S. presidential elections, exactly 28 years ago last Monday. Ultimately, I decided not to post the report, because I simply didn’t feel like commenting on the imminent elections. As I began to write this report on Friday, the President Elect of The United States Of America had still, not yet been determined. When I wrote the above-mentioned report in ‘92, the candidates were incumbent George H. Bush, running against Bill Clinton. Ross Perot had thrown his hat in the ring as an independent candidate, but quickly got chewed up by the press, melting down before he could pose a formidable threat. I think at the time, Perot appealed to many of the voters who ultimately became Trump supporters. He was the Washington outsider, who spoke “the truth” about American politics. He would take a sledgehammer to the status quo. Dana Carvey was still with SNL, and I remember his hilarious imitations of Perot (and Bush). The big scandals of the day involved allegations that Bush had had an affair with a co-worker and that Clinton admitted he had smoked pot, but that he didn’t inhale. My, how far things have deteriorated since then!

I turned off the television last Tuesday night around midnight, upset, anxious, and incredulous that the race was too close to call. I could not believe that, once again, the supreme spewer of verbal diarrhea might have been afforded another term to finally flush democracy down the toilet for good. With a record number of votes pouring in on both sides, the Orange Emperor was ahead in key battleground states. I could not bear to hear the bad news. I went to bed with the horrible feeling in my gut that Trump might very well take the presidency, and that we were all doomed to another 4 years of his ignorant, incompetent, chaotic, and corrosive madness. He made a joke of my birth country and I don’t think one single man in history has done so much to erode the sense of well-being of so many. We suffered a 4-year train wreck, and watched helplessly as that poorly coiffed buffoon dismantled what was left of American credibility. To the rest of the world, America was the drunk uncle at Thanksgiving dinner, vomiting upon Aunt Edna. I believe history (and facts) will prove that, by his incompetence, the Twitter-In-Chief unnecessarily sentenced hundreds of thousands of Americans to unnecessary death by his mishandling of the COVID-19 coronavirus pandemic. I hope history judges the man harshly, but what is done cannot be undone.

I read an interesting article the other day entitled "The Unraveling Of America" (https://www.rollingstone.com/politics/political-commentary/covid-19-end-of-american-era-wade-davis-1038206/?fbclid=IwAR1aazQxG6Ad1uMVs9C3CKDUFGCMSuSq6drSRCPaTAg5MnbnJYma3DN1jRI). It was sent to me by one of my good friends from Alberta, and it clearly and eloquently traces my birth country’s gradual decline in status on the world stage. After I read it, I felt a little better apprised of how we got to the place wherein we now find ourselves. It is so easy to mock Rump, and to say that anyone who would support such a man is stupid and uninformed. Certainly, I’ve felt that way, but here’s the problem. Some people, whom I respect, voted for him as well. America was broken long before Donald Trump was anything more than an amusing poster boy for celebrity misbehavior. That almost half of American voters supported his re-election is cause for concern. Some people say that those voters are “idiots” and wrong-minded, but this begs the question: why are so many so strongly against the status quo? If anything good came of the past 4 years, it is that it exposed the glaring hypocrisy and dysfunction of American politics. I am mildly encouraged that Americans voted Donald Trump out. To all of us hopeless dreamers, it suggests that more of us choose love and acceptance over hatred and divisiveness. I know how I have felt for the past 4 years: hopeless. President Elect Joe Biden is not the magic bullet. If we do not figure out a way to choose love over hate, we are doomed as a species, regardless of the leaders we choose.

For the past 4 years, I have felt completely out of control of my destiny, but I feel a glimmer of hope today. In 2 days, we celebrate Remembrance Day, the 102nd anniversary which commemorates the armistice that ended WWI on the 11th hour of the 11th day of the 11th month. It is a time to reflect upon and to show gratitude toward those who died to protect our freedom. We do a disservice to all veterans if we do not figure out a way to behave decently to our fellow men and women. It is my never-ending, hopeful aspiration that I will always choose kindness over cruelty, love over hate, and acceptance over rejection. I may not always succeed, but these are the things within my control to do.
Written by Jamie Oppenheimer ©2020 ALL RIGHTS RESERVED
JamieOppenheimerSongwriter@gmail.com
JamieOppenheimer@MuskokaRadio.com