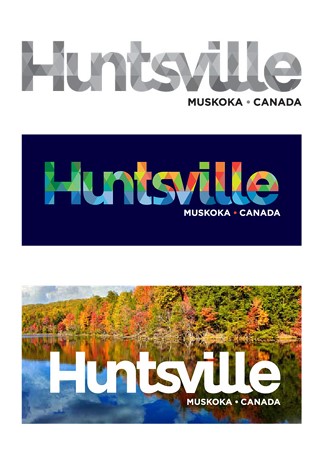 The Town of Huntsville approved the first phase of the new community branding in the July 27, 2022 General Committee meeting, and the public is speaking up about it.

The Town logo was newly designed in a multicoloured diamond grid, reflective of “the natural beauty of the landscape, movement and progression,” according to William Ferguson, representative of TWG Communications, hired for the redevelopment of the rebranding,

Although majority of the committee members liked it after looking at it for a period of time, they discussed whether there’s a need for the public input on it, to which Ferguson replied that they were already asked, and said, “The work was as a result of a consultation. It’s subjective. Some may look at it and like it, some not. You will find a mixed opinion, I’m not sure it will bring you further down the path.”

The Town issued a survey to the public prior to the creation of the new brand, receiving 305 responses from them and 23 from stakeholders. However, the feedback from the survey about whether people were for or against the change is unknown, as it focused on areas such as colours, and “history and culture were important,” said Ferguson.

Now that the new branding has been created, the public is making their opinions known.

On August 1, 2022, The Huntsville Voice on Facebook showed members of the public the new brand design for their feedback, and majority of the 34 comments to date were against it, with common concerns about not liking or understanding it, not feeling it’s reflective of Huntsville.

Elizabeth Bragg, said, “Reminds me of the Toronto and Ottawa signs.”

Other people expressed concerns about the money spent on it, feeling it could have gone to more important areas.

Heather Thompson said, “I feel the money could be spent on the overdose crisis in the area and the homelessness crisis… And what is Huntsville doing to supply more affordable houses for people who live in our area… Maybe that is something that needs to be talked about too.”

Hank Rietveld concurred that “politicians…local, provincial and federal…are wasting our money on being totally ineffective in dealing with real current issues…e.g., gas prices…”

A large concern was that the money could have been used locally. Sharon Burgess said, “A local artist could of done something nicer, or the high school students. Hard to preach ‘shop local’ when Council shops everywhere but… Another major waste of money.”

Ed Haney added, “Should have let art students at Huntsville High come up with something better. I’m sure they wouldn’t have minded having the money.”

Karin Wright said, “Again, another decision BY COUNCIL to not support our local community. We really do need a change. $20,000 of our LOCAL money wasted.”

Reinald Lakeit said, “Why does Huntsville constantly hire consultants… The Mayor and Council should ask the citizens and have a little contest…a lot cheaper.”

Some people said they didn’t see the survey when told they shouldn’t complain if they didn’t participate in it.

The committee will meet again in September to continue talks about the design, and expressed interest in what the public has to say.

Councillor Bob Stone said, “We really need 80 percent of the public to get behind this. It’s not necessarily a decision about the 9 of us.”

Mayor Karin Terziano concurred with other members that liked the brand, but added, “I don’t think it goes with ‘a touch of the past, embrace the future. I don’t see how you will incorporate the two together.”

The committee agreed to approve the brand design as a starting point, with the expectation of getting input from the community.