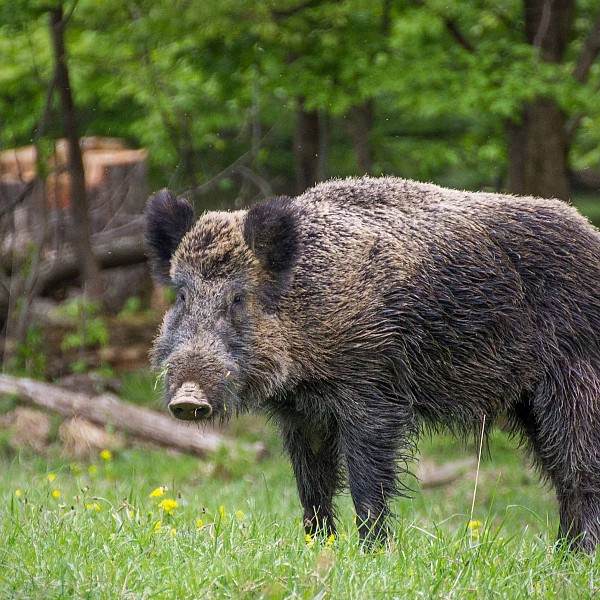 Wild pigs not as fun as the name suggests

The term wild pigs can elicit varying responses, depending on the person or the topic of conversation. For many the immediate response is laughter, immature jokes, and other silliness.

However, when members of the Ministry of Natural Resources and Forestry (MNRF) and the Ontario Federation of Anglers and Hunters (OFAH) here the words “wild pigs” or even “wild hogs,” the thoughts are of an invasive species which could be very damaging to the natural environment and agricultural industry.

Referred to as an “ecological train wreck,” wild pigs can cause damage through wallowing, trampling and rooting in sensitive habitats, as well as damaging farmlands and stored crops.

They can cause significant damage to native plants and animals through competition for food as well as destruction of habitat. There is also the risk of spreading disease to native wildlife as well as any livestock they encounter.

Therefore, they have been added to the province’s invasive species watch list.

“A wild pig is defined as ‘any pig that is outside a fence,’” explains Keith Munro, staff Wildlife Biologist for the Ontario Federation of Anglers and Hunters.

Munro helps educate the public about how to identify wild pigs and the steps being taken to prevent a serious invasion.

“Largely the number of pigs reported are either recent escapes from nearby farms or privately owned/family pets,” Munro says. “Sightings are most often a single animal or small groups and thus far there is little concern about the animals breeding outside captivity.”

He adds that there have been confirmed sightings and evidence of a small group of wild pigs in the Parry-Sound area.

While there is no evidence of an established colony in Ontario at the time of this writing, the Ministry of Natural Resources and Forestry (MNRF) and the Ontario Federation of Anglers and Hunters (OFAH) are in agreement that efforts to keep them in check early is essential.

“Ontario has been lucky so far,” says Munro. “It's a much bigger problem outside the province.”

The question many are asking is what can be done. That part is fairly tricky. In short: pigs are smart. As soon they feel threatened by humans, they become elusive and change their routines. They hide in the worst, tangled places during the day and have adapted to behave nocturnally.

The MNRF has been gathering data and evaluating options for addressing invasive wild pigs since 2018.

“Based on sightings reported across the province, the ministry has been working on a pilot project to determine the presence of wild pigs, including on the ground follow-up for reported sightings,” explains Jolanta Kowalski, spokesperson for the MNRF. “At these locations, ministry staff are working with residents, setting up trail cameras in hopes of learning as much as possible.”

She adds, the ministry is prepared for trapping and removal of the pigs.

If you encounter a wild pig, keep a safe distance away and do not approach or feed them.

“Take steps similar to those that help avoid conflicts with any other wildlife species,” says Kowalski.

The public is urged to report any sightings to wildpigs@ontario.ca or to the iNaturalist Ontario Wild Pig Reporting webpage. You can also report the escape, relase or sighting of a wild pig to info@invadingspecies.com