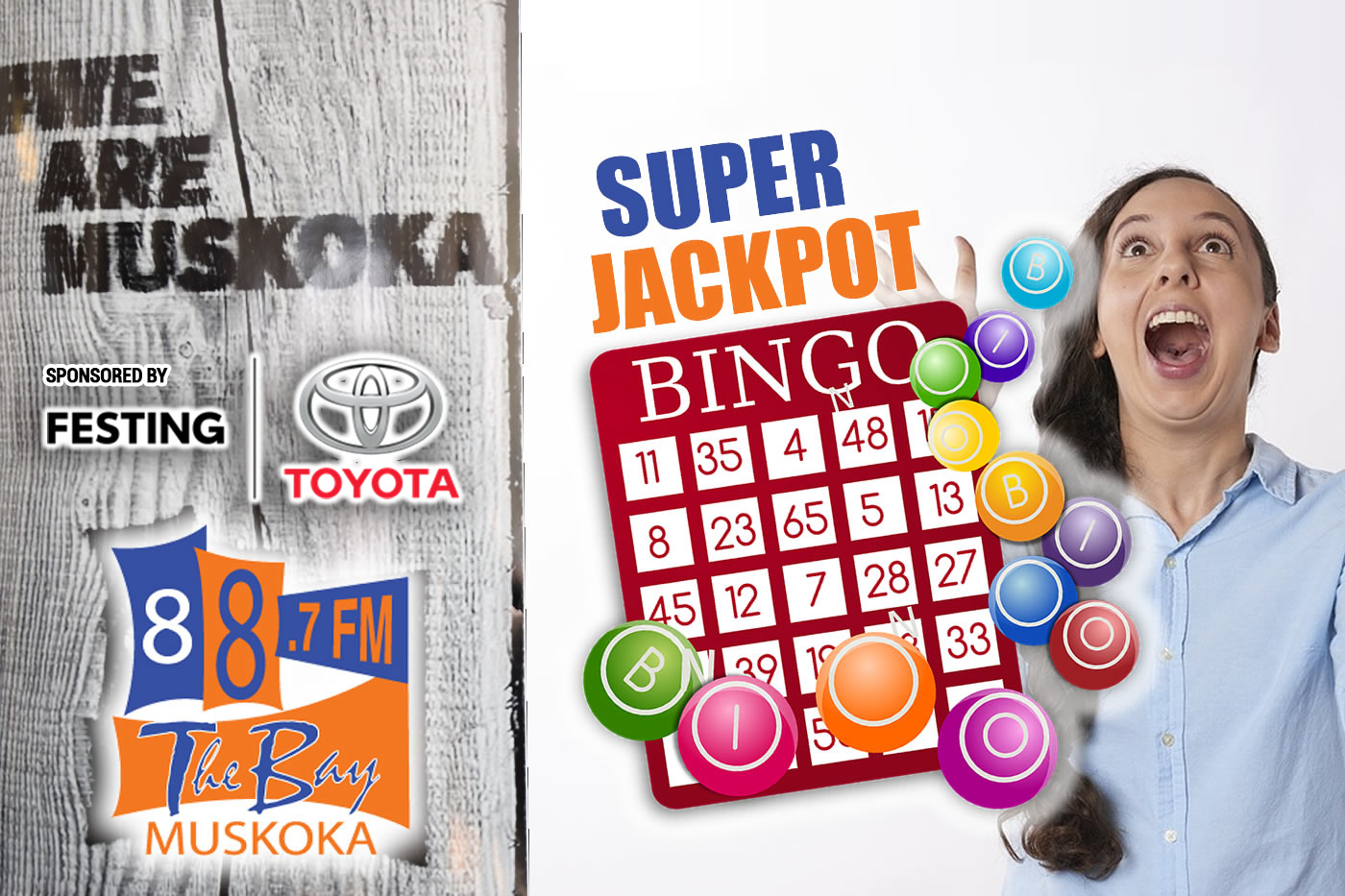 MONDAYS AT 7PM ON The Bay 88.7FM - Sponsored by Kubota North and Festing Toyota

JOIN US THROUGH THE HOLIDAYS FOR SPECIAL GUARANTEED SUPER JACKPOT BINGO GAMES! 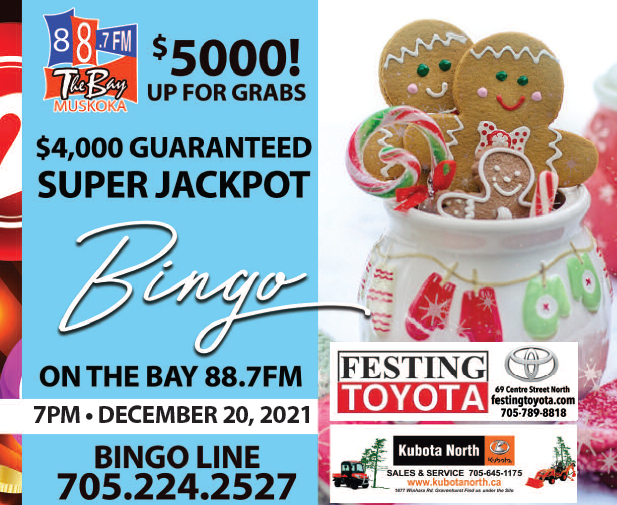 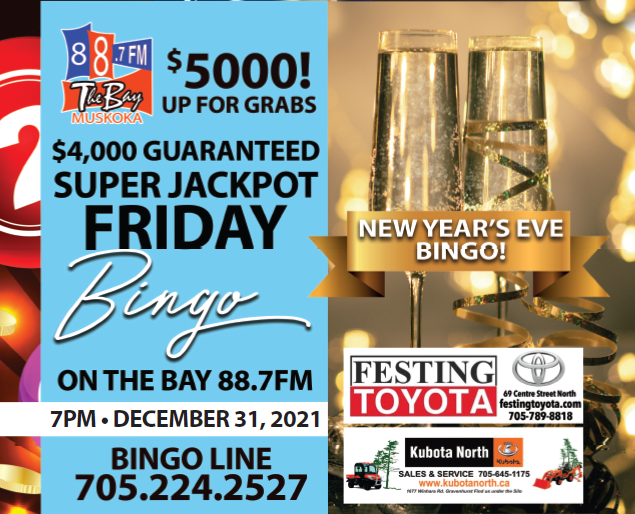 Regular games continue on December 27th and then it's..

A SPECIAL - FRIDAY  -  NEW YEAR'S EVE edition of Super Jackpot Bingo with a GUARANTEED $4000 up for grabs!

Its a great way to kick off New Year's celebrations and end the year with a bang!

There are 5 games to play :

Bingo Cards will be sold at the following locations (more to be announced):

Prize money divided equally between all verified winners. A ball is not official until it is called by the caller. Balls pulled superceeds a mis-called number.
In order to stop the game, it is the player’s responsibility to verify winning cards by calling 705-224-2527. We are not responsible for any delays a player may experience reaching a bingo operator.

Cards are only valid for the week printed on the cover and cannot be used with any other bingo and vise versa.

Once a game is called over, no other bingo’s can be validated.

All players must be 18 or older.

You must exchange your card in person or by mail for prize money within 30 days of winning.

These games are meant to be played on our FM Broadcast. We are not responsible for technical issues like lag, or loss of audio if you use the internet.

If for reasons beyond our control, we cannot proceed with a game, or the balance of a game, it will be carried over in addition to next weeks regular game.  There are no refunds for used or partially used cards. Unused cards can be returned to us by mail, and we will replace them with cards for a future game.

LICENCED BY THE ALCOHOL AND GAMING COMMISSION
PROCEEDS TO LOCAL FOOD, HEALTH AND OTHER INITIATIVES