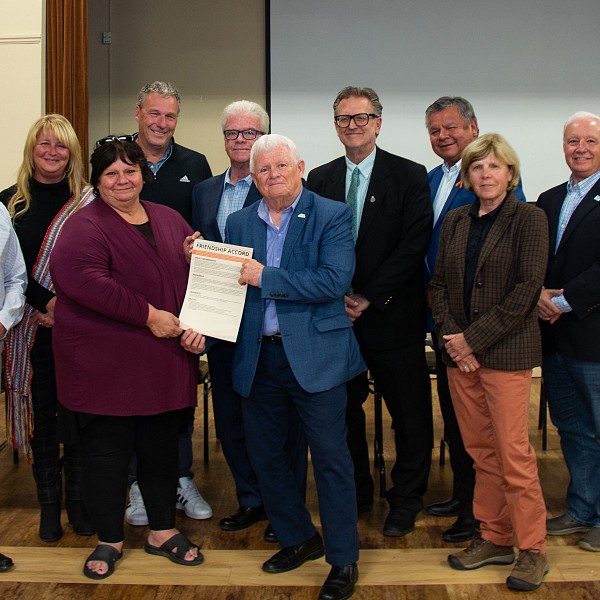 The Muskoka Area Indigenous Leadership Table (MAILT) celebrated a friendship accord on Sunday.

Members of the accord gathered at the Chippewas of Rama First Nation territory for an historic signing.

District Chair John Klinck says the First Nation was a fitting location for this signing event as the Chippewas of Rama First Nation territory, once part of a larger community called Chippewas of Lake Simcoe and Lake Huron, was led by Chief Yellowhead, also known as Musquakie, the name from which the word Muskoka was derived.

The Friendship Accord establishes a mutual commitment to the framework, intent, and engagement principles between elected officials and senior staff of leadership table.

It establishes values, guiding principles, and a process for identifying and completing joint projects.