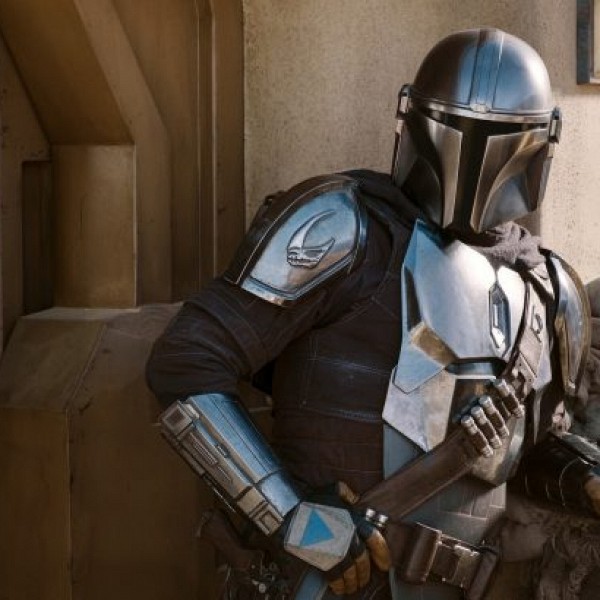 Only One Thing Matters This Weekend

People around the globe have been looking forward to this weekend for months.

And it has nothing to do with trick or treating on Saturday, or even turning back the clocks and checking smoke detector batteries on Sunday.

Nope. It’s the return of The Mandalorian – and Baby Yoda – on Friday, October 30th that has many Star Wars fans pumped for the end of the week.

Disney’s news release about Season 2 stated, "The Mandalorian and the Child continue their journey, facing enemies and rallying allies as they make their way through a dangerous galaxy in the tumultuous era after the collapse of the Galactic Empire."

The Child is affectionately referred to as Baby Yoda by fans for his appearance and the fact he is strong with the Force.

For the uninitiated, The Mandalorian is a Star Wars spin-off series on Disney Plus that surprisingly does justice to the popular franchise. And there is still time to catch-up by binge watching the eight-episode Season 1.

Or read up this excellent synopsis by Fansided Blog Dork Side of the Force: https://dorksideoftheforce.com/2020/10/26/the-mandalorian-season-1-recap/

From the costumes to the story line, season one was a phenomenal accomplishment that left many fans wanting more. Since season two was announced, including the addition of a live-action Ahsoka Tano (see Clone Wars and Star War Rebels animated series for more on her), the excitement has been steadily growing.

It’s long been a poorly kept secret that Rosario Dawson will be playing the Jedi turned non-Jedi turned Jedi saviour, and judging by her affinity for all things Star Wars, she’s absolutely perfect for the role. We won’t see her in Episode 1 of Season 2, but that will simply add to the anticipation like a good adventure series should.

Directors for Season 2 of The Mandalorian include some big hitters including Jon Favreau, Carl Weathers (who also has a supporting role in the series), Robert Rodriguez, and the list goes on.

If you haven’t seen it, or just want to see it again, check out the Season 2 trailer here: https://www.youtube.com/watch?v=eW7Twd85m2g

So, while everyone else is getting ready for Halloween, myself and my fellow Star Wars junkies will be geeking out on The Mandalorian this weekend.