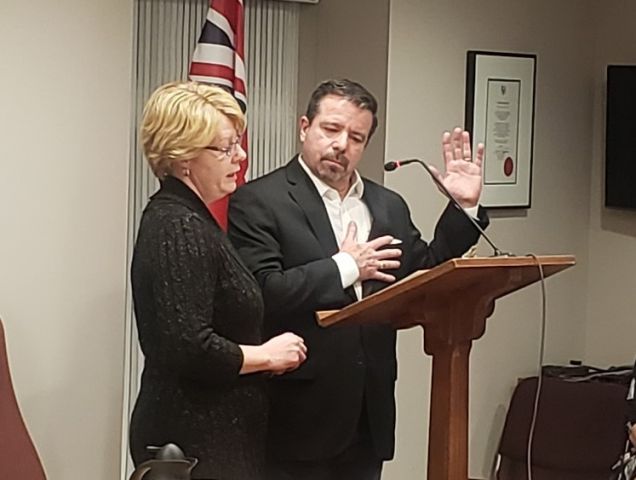 Stone Appointed To Council In Huntsville

The Town of Huntsville held a special town council meeting last night to appoint the newest councilor to the Huntsville Ward seat.

The seat became vacant when Karin Terziano assumed the role of Mayor.

11 applicants each made a presentations to council.

Council  then had the opportunity  to ask any questions of the applicants. Councillor Tim Withey declared a conflict of interest due to business reasons and so did not participate in the questions or the vote.

Each councillor then voted.  In round one Councillor Wiebe voted for David Caplan, while Mayor Terziano, and councillors Fitzgerald and Schumacher voted for Helena Renwick. Councillors Armour, Thompson and Alcock voted for Bob Stone, resulting in a tie.

In round two, Councilor Wiebe voted for Bob Stone which broke the tie.

Mayor Terziano administered the oath of office and Councillor Bob Stone took his seat at the table.

Councilor Stone thanked everyone and said he was ready to get to work.

A rainfall warning is in effect for the listening area.

Hunters Bay Radio is partnering with Lake Of Bays Brewery to bring you a se...

Kearney Fire Dept Responds To Dog Through The Ice

On Thursday morning, the Kearney Fire and Emergency Services were called by...

To help residents and business owners with the effects of the COVID-19 pand...

Yesterday, the Huntsville OPP executed a search warrant in Innisfil, and re...

The world's powers were massively unprepared for Covid-19; Unpacking the slow mo response

Gravenhurst Group Runs Errands For Those In Isolation