The reprimand, which was recommended by the commissioner, followed a complaint by this radio station after receiving an unprovoked text with the intent to persuade Hunters Bay Radio not to invite another councillor on for an interview.

While the text contained vulgar language, Hunters Bay Radio issued a complaint to the commissioner about Mr. Thompson’s attempt to restrict access to the station by another councillor and try to influence staff on what issues or points of view could be talked about by the free press.

The commissioner, focused his investigation on the crude language Mr. Thompson used to get his point across, rather than this issue that was at the heart of the complaint.

The commissioner said that Thompson has failed to treat a member of the public with ‘dignity, understanding and respect’. In addition, he has failed to recognize that he represents a government in all of his dealings with the public and his action reflects badly on public confidence which he should promote.

“I find that Councillor Thompson has contravened the Code,” he said.

Despite reports to the contrary, Mr. Thompson has not apologized to Hunters Bay Radio for his actions.

Here are screenshots of the complaint filed: 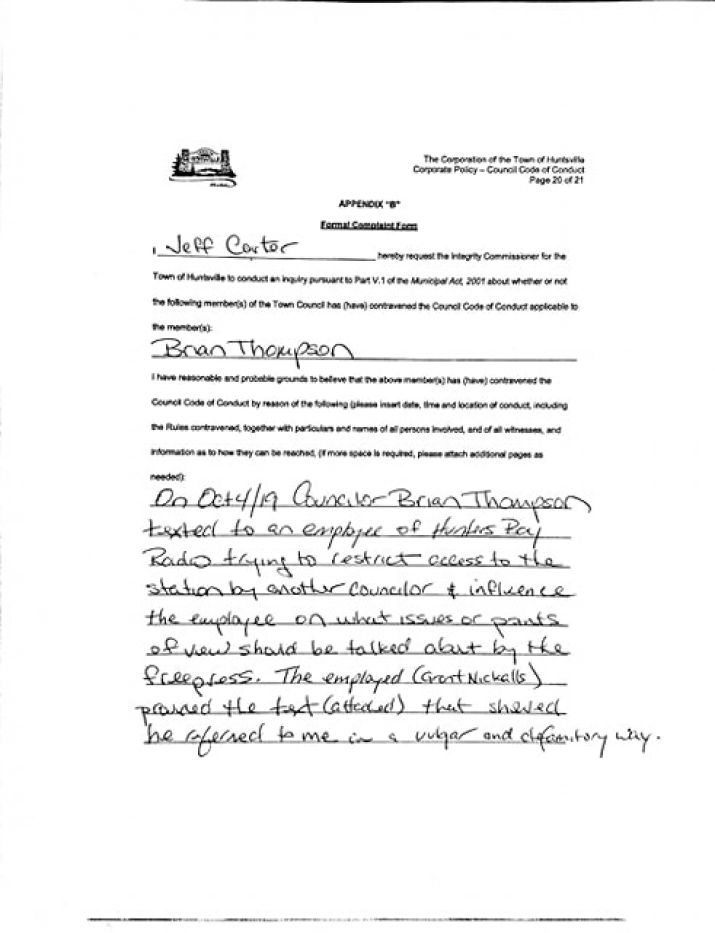 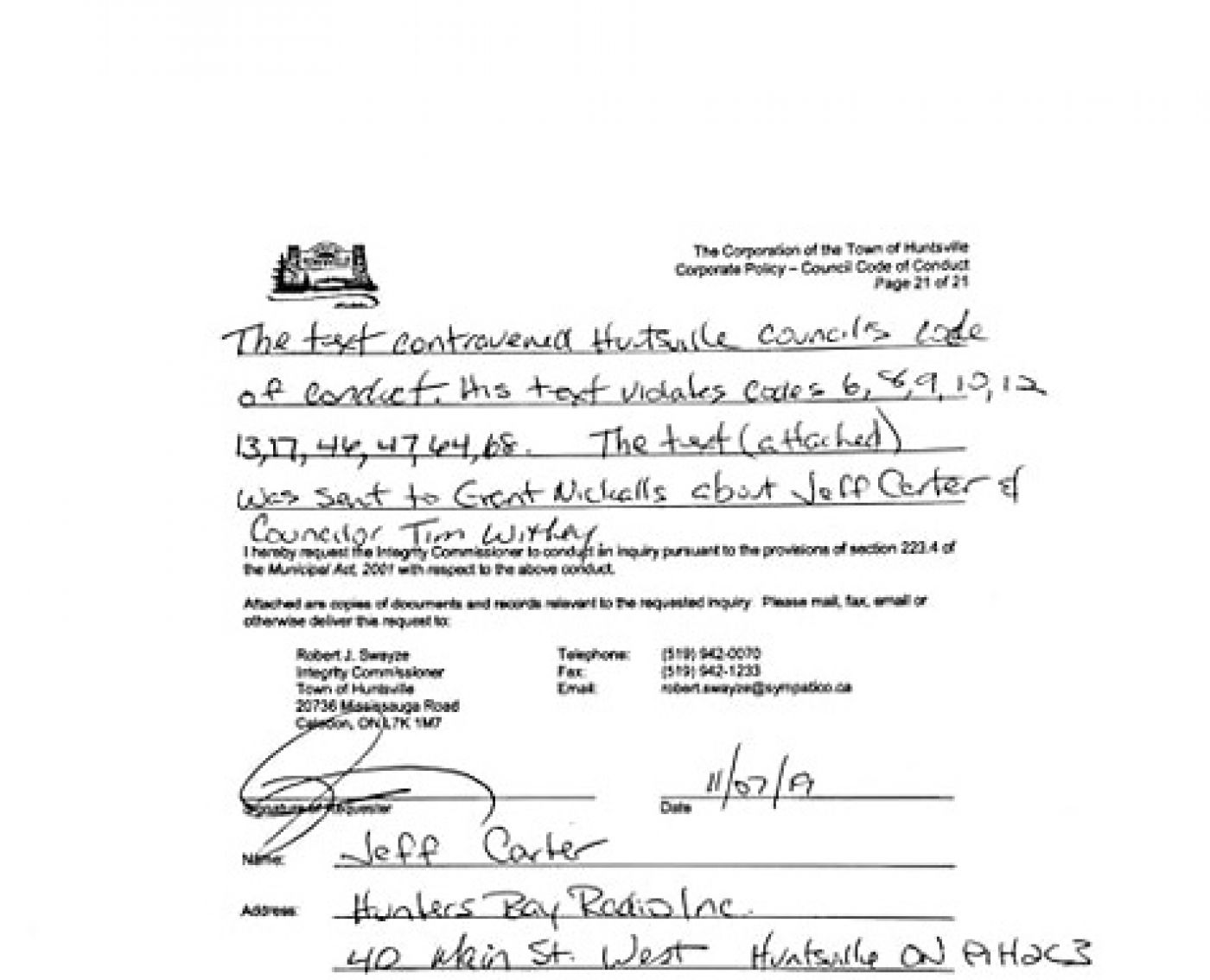 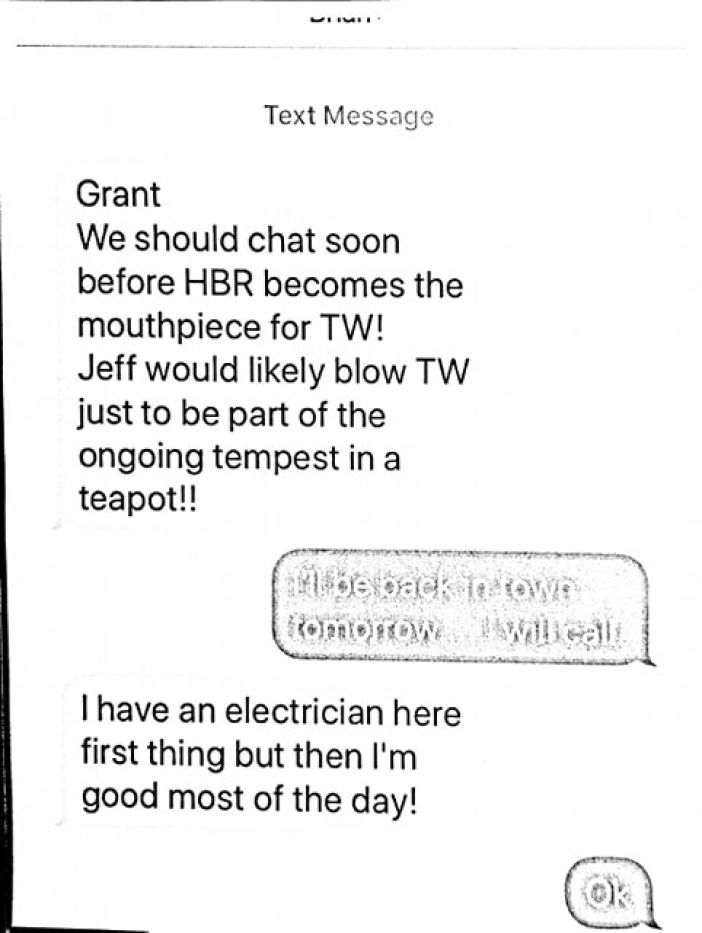