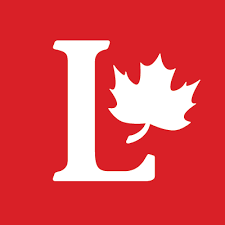 Editorial: What Were They Thinking?

I’ve been sitting on this one for a couple of weeks. Patiently waiting for more information to arrive.

Hoping the Liberal Party of Canada wasn’t so ignorant (or maybe it’s arrogant) as to think we wouldn’t notice their candidate for the riding of Parry Sound-Muskoka has no grassroots connection to this region.

Unless you count having visited friends in Muskoka at some point (although whether her friends actually live here or were also just visiting is unknown).

A couple of weeks ago, the Liberals released an acclamation notice that Jovanie Nicoyishakiye would be their candidate in this riding.

She’ll be running against incumbent Conservative MP Scott Aitchison (whose connection and accomplishments in local politics are well known), Green Party candidate Marc Mantha (who has volunteered locally for many years), the NDP’s Heather Hay (who resides in Gravenhurst and is an accomplished human rights and Pride advocate), and the People’s Party of Canada’s Jim Tole (who used to be a part-time teacher at Canadore College in Parry Sound).

Nicoyishakiye, a Toronto Catholic school French teacher, failed earlier this year to garner the Don Valley East nomination. So, of course, the Liberals gave her the nomination for the Parry Sound-Muskoka riding.

With all due respect to Nicoyishakiye, it’s a huge drop off in a Liberal candidate from Trisha Cowie, who fared well both times she ran considering this riding has been a Conservative stronghold for a while now.

Cowie has been involved in a variety of community-oriented projects over the years. Nicoyishakiye probably doesn’t even know that the Village of Dorset is both a part of Muskoka and Haliburton. Well, maybe she does now.

Apparently, the local Liberals attempted to find a candidate to fill Cowie’s spot but couldn’t find someone – or at least not someone their superiors in Ottawa would approve. By all accounts, they really didn’t want to see a tourist be the candidate when all the other parties had people with strong local connections running.

I personally heard through various channels a quality candidate who was willing to run was found – however, nobody knew for certain if the decision to run fell apart during early discussions or the person was nixed by the Party leadership.

Either way, it’s a sad situation when a major party like the Liberals decides to parachute in a candidate to any riding because they don’t have anyone or perhaps don’t like anyone who is actually local.

Someone who has never lived here won’t understand what matters to us, or what the real issues are in our communities. What can that person offer other than empty words, campaign slogans, and weak Trudeau-centric cheerleading?

So, from that standpoint, I’m disappointed and a little insulted that they think they can just run anyone in our riding.

But it should be the Parry Sound-Muskoka Liberal supporters who should be the most insulted and frustrated at what has transpired.

And I hope those Liberal supporters send a message to their party that this isn’t good enough by casting their vote for one of the other candidates.

At least it will be a vote for someone who cares about the people in the riding – not a candidate who was recycled from somewhere else.