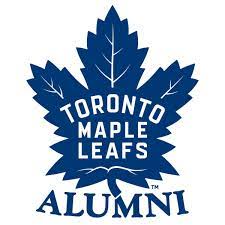 The Rotary Club of Huntsville announced that the club is bringing the Alumni members of the Toronto Maple Leafs to Huntsville, for a charity hockey game – Hockey Night in Huntsville. The game will be held on Saturday October 22, with warm up at 6:30pm and puck drop at 7pm.

Confirmed iconic Leaf players such as Rick Vaive, Al Iafrate, Gary Leeman, Matt Martin, Mike Krushelnyski and Bob McGill will form the core of the team, enhanced by the likes of one of the greatest Leaf Captains, Wendel Clark. The Alumni will be playing a group of local players and there will be an appearance by the Huntsville Sting Women’s Hockey team and also a few TimBits  ‘future stars’ , to entertain at the intermission.

Net proceeds from the event will be targeted to provide ‘seed money’ for the future construction of a four season’s Sports Pad, located in Huntsville, providing an outdoor ice rink in Winter and basketball/lacrosse courts in the summer.

Tickets are available through the Rotary web site, RotaryClubOfHuntsville.com. Tickets are $20 for adults, $15 for youth 12 and under and children 5 and under are admitted free.