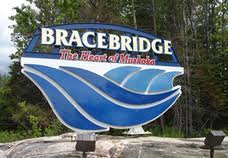 Bracebridge councilors have approved a staff recommendation to enter into a 25-year licence of occupation agreement with TransCanada Pipeline Ltd.

TransCanada Pipeline Ltd. requires the licence of occupation to install an underground cable to construct a “cathodic protection system” to prevent corrosion of its pipeline infrastructure on private lands immediately east of Lone Pine Drive.

The licence of occupation will cost only $250 per year, which ruffled the feathers of several councillors.

Councillor Steven Clement asks, “the rest of our licence of occupations charge $500, why are we only charging $250 for this one?”

Bracebridge land and agreements coordinator Matt Gower, explains that given the long-term use and not having precedent regarding charges for underground cable, as well as negotiations with TransCanada, it seemed like a reasonable long-term licence fee.

Councillor Archie Buie pushed the issue. He notes, “while the fee seems reasonable at this point in time, in 20 years our fees will go up. Is there any escalation built into (the agreement)?”

Gower says, “not at this time, but increases over time or have the fee be revisited in 10 years, are options.”

Buie asked for an amendment to the licence of occupation to include the review of the agreement fees in 10 years time. Council agreed and the amendment was added.

Councillor Barb McMurray was concerned about the potential for TransCanada to put in a gas line with this agreement.

Gower says that under the agreement, TransCanada Pipeline Ltd.  does not have permission to install other items such as gas lines.

Bracebridge staff were directed to finalize the licence of occupation with TransCanada Pipeline as long as the 10-year review and specific use of the land terms were agreed to.