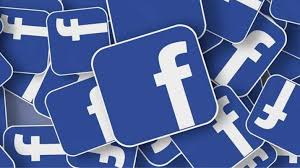 Laughing emojis, insults, ridicule, and other less than civilized commentary was on full display this week on the internet – particularly on one social media platform.

Was it directed towards a political figure? A conspiracy theorist? A public personality? No.

Rather a deluge of degradation was targeted at a photo of a landscaping business’ truck stuck through the ice in Sprucedale. It was a shameful display of piling on that was schoolyard behaviour at best.

When a picture of the situation was posted, I immediately thought to myself three things in rapid succession: first, I hope no one was hurt, and second, that is the last time that person drives on the ice, and I bet that person’s never going to live that down.

While the second thought was obviously a bit sarcastic and humourous, it was preceded and followed by thoughts of genuine concern for a fellow human being. Again, probably someone who never asked to be in the spotlight but ended up in it anyways because they made a silly mistake.

Undoubtedly this will become a meme, if it already hasn’t, and if said person is on social media, they will have to relive what is obviously a horrible moment in their lives over and over again. I just hope they don’t read the comment section.

How it got on the ice in the first place and what was happening before it got stuck obviously contributed to the issue. It may have been a case of this is what happens when you’re not careful.

Indeed, this person’s actions were most likely at fault for the situation, but they already have real world consequences that go far beyond the scope of the uncivilized keyboard warriors. These consequences could include job loss, a fine, or worse.

But, without any idea of how and what happened, people immediately jump on and started making a variety of comments. Some were kind, “I hope not one got hurt,” some were incredulous, and others were downright mean.

There were those who jumped to the conclusion it was a city person visiting and not knowing any better (they are wrong); others used insulting analogies, memes and straight up calling the person stupid; while more sensible individuals simply stated this is a good lesson on why you don’t drive on the ice at this time of year.

One person posted how they were having a bad day until this situation put a smile on their face. So, other people’s misfortune is the only thing that makes you smile? That in and of itself is quite sad.

While this was a recent occurrence I’m singling out in this space, the truth is the situation is simply a microcosm of society’s online persona and behaviour: time and again a picture, meme or video of an unfortunate moment in some unsuspecting individual’s life goes viral and the mudslinging begins.

This type of commentary has become commonplace throughout the internet – but it’s really taken to new lows on the major social media platforms. While not agreeing with any of it, when it comes to politically charged topics or those involving famous people, I tend to forgive a little more.

Unless of course you’re a professional comedian like Muskoka’s own Tyler Morrison and can put out a perfectly crafted comment or joke. Barring that, it’s probably best to keep it to yourself.

In some cases, they post the incident in the hopes of gaining attention and garnering sympathy for their behaviour (at which point all bets are off); but in many more instances, the person is just in the wrong place, doing the wrong thing, at the wrong time and it ends up on social media for the vultures to enjoy.

What is the point of being downright mean to a regular person who made a stupid mistake – something we’ve all done in our lifetimes – and who may already be paying for it away from the public eye?

There isn’t a point and it’s not necessary. How would you feel if that were one of your family, friends or even you being the one targeted?

Next time you get the urge to go all half-cocked in the comment section, ask yourself: would I say this to the person if they were right in front of me? Would I stand by this comment no matter where I am or who I’m speaking to? Is this necessary of me to type?

Either way, you may want to remember this situation the next time you do something silly or downright stupid, because there may someone around the corner with a phone or camera ready to make a mockery out of you.