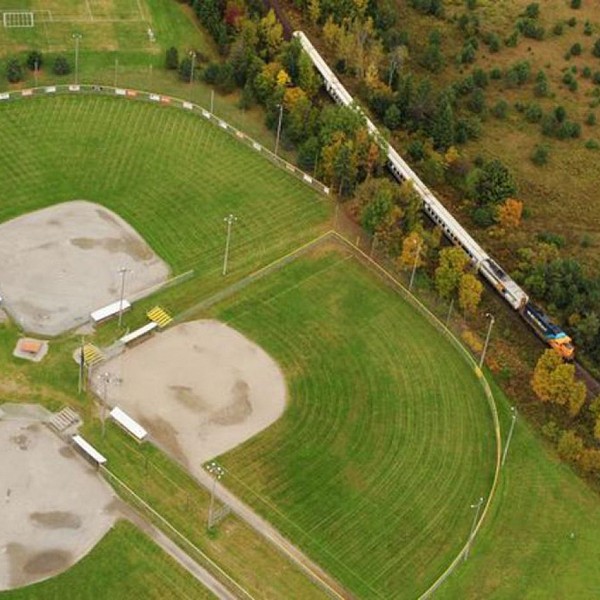 Huntsville Councilors Hear About Upgrades at Diamonds At MRP

Peter Haynes, the president of Muskoka Hornets baseball, spoke to Huntsville Town Council last week and made sure to remind them about the ongoing McCulley-Robertson baseball diamond renovations.

Haynes brought up Phase 2 of the project, which includes lighting and bullpens for Diamond F, warning tracks for safety of players and an irrigation system. He says the reminder was, “just to keep it on the radar.”

Haynes requested the town help in the installation of a batting cage, for which the parts have already been purchased by Muskoka Hornets. The town are asked to take on the construction and maintenance of the mechanism.

Haynes also proposed renaming two of the diamonds to reflect individuals in the community who contributed a lot to local baseball.

Diamond A would be named after Stan Rimmington, who was instrumental in the building of the McCulley facility and ran the fastball program for the last 30 to 40 years. Haynes says, “he is a legend in the community.”

Diamond F, the hardball diamond, would be named after local George Selkirk who pursued a professional career in Major League Baseball, was an All-Star two times and went on to win the World Series with the New York Yankees.

Associated costs and a public survey will be completed by staff and presented to council at a future meeting for further discussion.