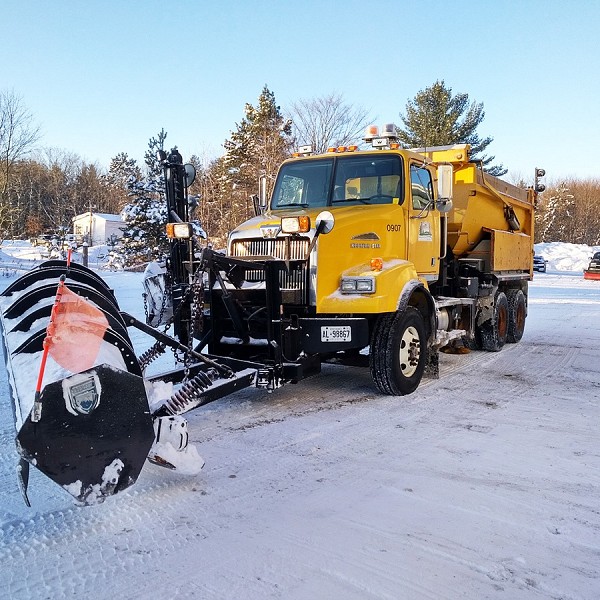 Uukkivi expressed the importance of being prepared for storms such as the one during December 24th-26th, adding, “the new normal of changing forecasts is that they are becoming less accurate over time.” He said the Town is prepared for typical weather for the area, and this time they were prepared because the forecast was accurate, however, “lesson one is to prepare as if it will happen each time.”.

Some of the challenges faced by operations in the storm was visibility between the heavy snow fall and wind, causing trucks to hit fallen trees that drivers couldn’t see, manpower, staff safety, and legislation that limits drivers to be working a maximum of 13 hours in a 24 hour period.

According to Uukkivi, lessons learned include improving communication and keeping the public up to date, having staffing in place during weekends, stat days and holidays, and the condition of equipment.

“During emergency events, when equipment breaks down, we can usually fix it. Other times not,” adds Uukkivi. He posed the question, “Do we replace it with new or keep fixing it?” For instance, the cost to replace a new gearbox for a blower is $11,000, compared to a new blower costing $16,000.

Rearranged agreements and contracts were also expressed as important to have established ahead of time. For instance, borrowing two blowers from Toronto meant that insurance had to be set up at the time they were needed, which would have saved time and effort if agreements and coverage were prearranged for these types of situations.

Councillor, Bob Clarke, concurred with the communication issue, and said, “We need to put the message out earlier when we know weather event will happen and be clear by explaining what it means to services and plowing when we declare that.” He added, “Videos could be put out earlier and more often as the event is occurring.” He indicated that that community members told him they were told to call the Town office but couldn’t get through.

Councillor Scott Morrison, expressed appreciation to the media for their efforts in keeping people informed. He said, “I do want to acknowledge our media partners like Your TV, Hunters Bay Radio, Metroland, and The Doppler. I found they were very good at helping us out through this and getting the message out.”

There will be a formal report put together with staff recommendations for improvements from learnings from the storm and brought forward in the near future for Council consideration.