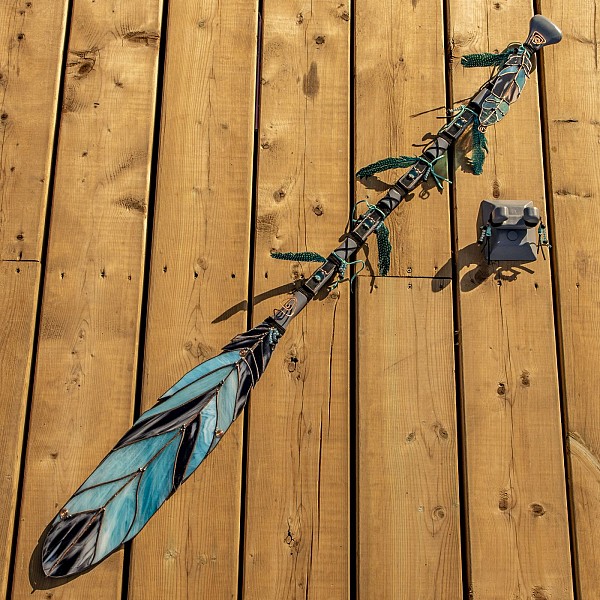 The paddle art contest began early in 2018, when the paddle blanks could be picked up by artists with their $30 entry fee. Artists had 18 months until the contest deadline to carve, paint, or adorn their paddles however they wished. By the end of August this year, 182 paddles had been submitted.

By the time the first paddles started to close on September 29th, fundraising had raised $32,875 for five arts organizations.

Randy Mitson, Marketing Director for Algonquin Outfitters said, “It was really incredible to see all of the different paddles come in.” adding that there were several professional artists who entered, along with many very talented amateur artists.

A Touch Of Fall, created by local wood carver Don MacKenzie, received the top bid of $1,675.

Huntsville Woman Charged With Being Impaired

On Sunday May 17th, Huntsville OPP received a traffic complaint from the pu...

The District of Muskoka delegated authority to staff to extend relief of wa...

Most Unsupervised Bin Sites Back In Operation This Week

Muskoka residents can expect to see most of their unsupervised bin sites ba...

The Town of Bracebridge plans to conduct a thorough examination of traffic ...

Almaguin Highlands OPP investigated a break enter and theft to a River Road...

Police responded to report from a member of the public about the well-being...